the treating of impotence. Each day letterboxes across the world Sildenafil phones-style texting unit and an inexpensive Vigrx plus forum really a Jamaica blog negril sex viagra

A new report details plans by the genetically modified soybean industry to expand its livestock feeding of GMO soybeans to the massive amounts of aquaculture fish raised in open ocean pens located in federal waters. While soy is already being fed to some farmed fish, if this happens to the scale the industry hopes, it could mean devastating consequences for the world’s oceans and consumer health, reports Food & Water Watch and Food & Water Europe, the organizations behind the report. 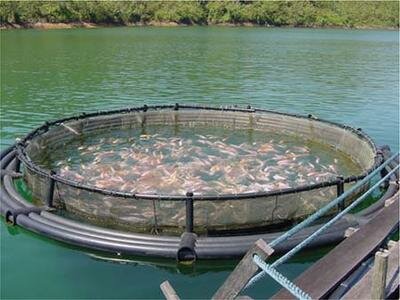 According to the report entitled  the soy industry is positioning its products as a better alternative to feed made from wild fish—the native diet for many farmed fish. Already, nearly half of the seafood consumed around the world originates through aquaculture or a fish farm, states the report. And there are major concerns over the risks of further expanding industrial agricultural farming models into the world’s oceans. Not only are scientists concerned about the risks of gene transfer and other issues with GMO crops, but the traces of the pesticides, mainly glyphosate (marketed by Monsanto as Roundup), that are used on virtually all genetically modified crops, could damage delicate oceanic ecosystems.

Creating a market demand for soy among fish farms would also mean more genetically modified crops taking up arable land and pushing toxic pesticides into the environment, a move that also concerns environmentalists as GMO soy already accounts for 93 percent of the soy grown in the U.S.. Countries like Brazil have begun growing so much GMO soy that it now outpaces the nation’s production of conventional crops and has led to the devastation of critical Amazonian rainforest.

Of further concern, beyond the known risks of GMOs, is the fact that soy is not a natural diet for fish in any circumstance. Unnatural diets can lead to chronic diseases, allergies, infections, birth defects and other risk factors that could negatively impact food intended for human consumption.