Green And Growth Go Together

This article from The Guardian says you can’t have a healthy economy without a healthy environment. Green and growth must go together….Like we always stress here at Green Cyprus, Smart thinkers think Green!

Is There Lead In Your Lipstick?

Did you know that many well-known expensive lipstick brands contain unacceptably highly and dangerous levels of lead? Lead is a neurotoxin that is known to accumulate over time. It causes behavioural& learning problems and reproductive dysfunction. 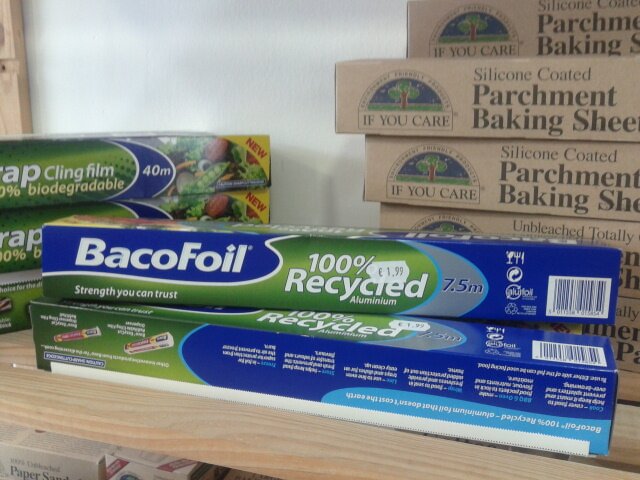 Green Cyprus has just discovered a 100% Recycled Foil by BacoFoil at All Organic Market, Limassol priced at an economical 1.99 euros. Although we always recommend not using aluminium foil for cooking – baking paper (also pictured) is safter – foil is often useful around the house for other purposes or kids school projects so, nice to finally have a recycled version! 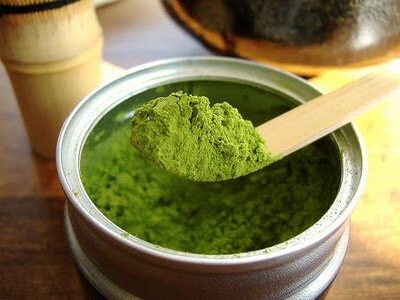 Did you know that Matcha Green Tea has:

Improves focus, concentration and helps you relax
Improves the immune system by 30-40%

Match green tea has a lovely, fresh clean taste. Why not add it to your shopping list and reap the health benefits of this wonderful, refreshing drink?

Here’s an article from The Guardian about organic cotton. Although many of us may not give a second thought to buying regular cotton, it is worth bearing in mind that it is grown using high amounts of pesticides and that approximately 65% of world cotton production currently comes from genetically-modified crops. Seek out organic cotton where possible – it’s kinder for you and your environment.

Author: Green Cyprus  //  Category: Green Chat
With the change of weather upon us, together with other factors that typically cause us to catch coughs, colds & flu this time of the year, it pays to take extra care to ensure that we keep ourselves healthy and virus-free. Green Cyprus always favours a natural approach to build your immune system rather than taking “quick fixes” i.e. over the counter medicines which are full of chemicals, additives and colours and do you no good in the long run. This useful information is provided by leading Naturopath, Herbalist & Nutrionist, Savvas Ioannides.
Comments (0)  //  Add Comment

Check out the current edition of the Cyprus Weekly for a great write-up of our clean-up event at Dasoudi Beach for Let’s DoIt Cyprus by Andrianne Phillippou. If you were there, you’re in the photo! Go get your copy! 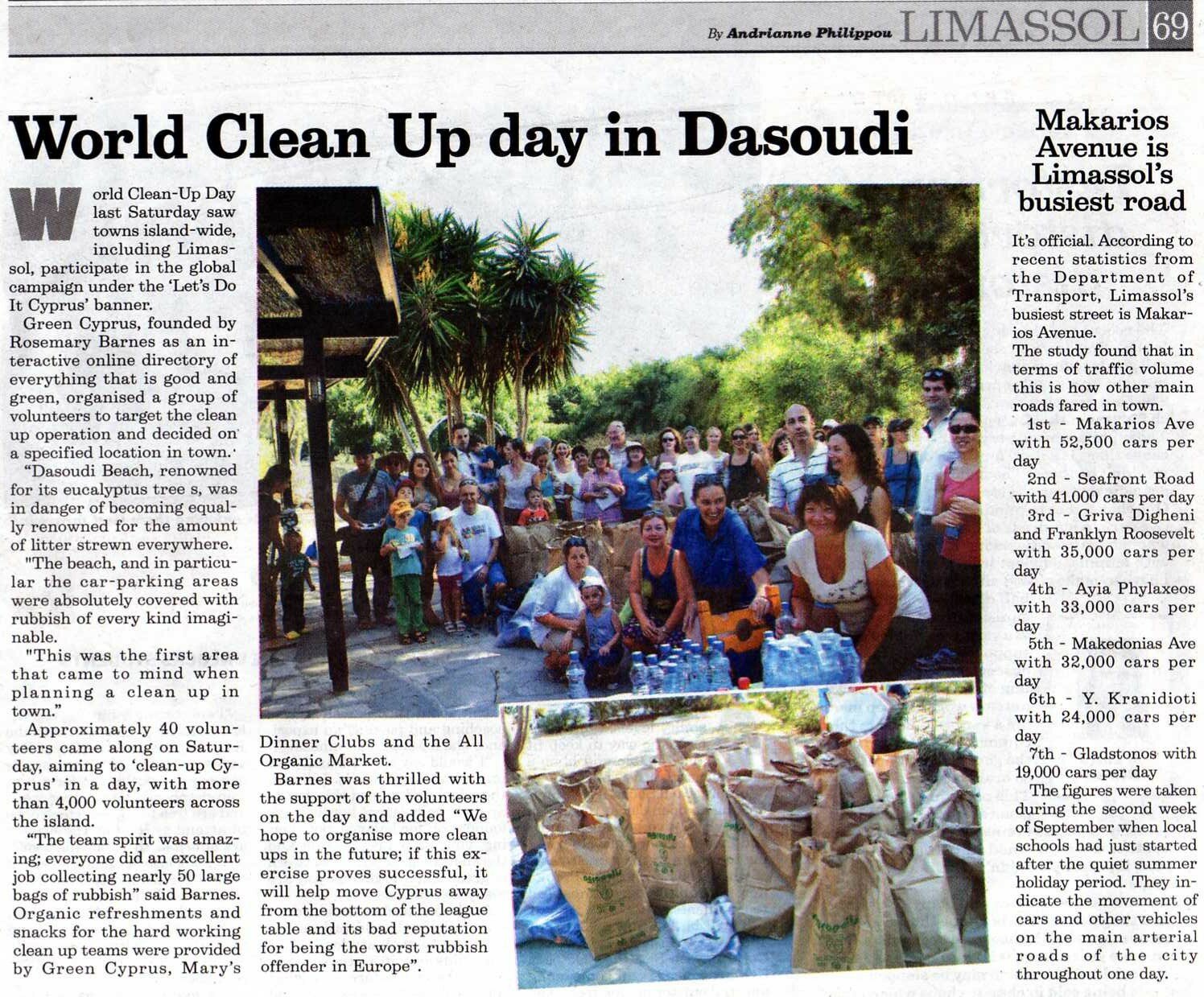 Organic chocolate is extremely versatile. It’s a snack, a sweet or a beverage. Commercial chocolate is derived from the theobroma cacao tree. The cacao pods are carefully processed through fermentation, drying, conching (agitation), roasting, and tempering (heating) to produce what we know as cocoa.

The use of cacao goes back to the Aztecs, who believed it was a source of wisdom, energy and that it served as an aphrodisiac. Montezuma used to drink chocolate from a gold goblet. This product then traveled to Europe, where the first eating chocolate was created in 1849 in England. And so, chocolate bars were born.

Nowadays the world knows of the health benefits of chocolate – not to mention the fact that organic chocolate helps our environment. A chocolate bar contains as much antioxidant power as a glass of red wine. The phenols in chocolate are known to help the immune system, reduce the risk of cancer, and promote heart health. Dark chocolate, pound for pound, has higher levels of antioxidants than blueberries! Dark chocolate also contains more flavanoids than green tea.

For centuries, chocolate has been known to soothe the soul. That’s because chocolate boosts the brain chemicals serotonin and endorphin. These chemicals produce a feeling of euphoria. Another compound called anandamide has known calming properties. The ultimate comfort food? You bet!

Chocolate’s other ingredients include magnesium and chromium (known to regulate blood sugar); theobromine which stimulates the central nervous system and is an appetite stimulant; caffeine (in relatively small quantities); and tryptophan (an essential amino acid).

If chocolate is so good for you, why go organic? For many of the same reasons that buying organic is better in the first place. You can support fair trade practices in the forests of South American countries where cacao beans are grown. Shade grown beans encourage biodiversity, and you avoid toxic chemicals. OK, we certainly don’t need any more convincing – organic chocolate, top on our shopping list! 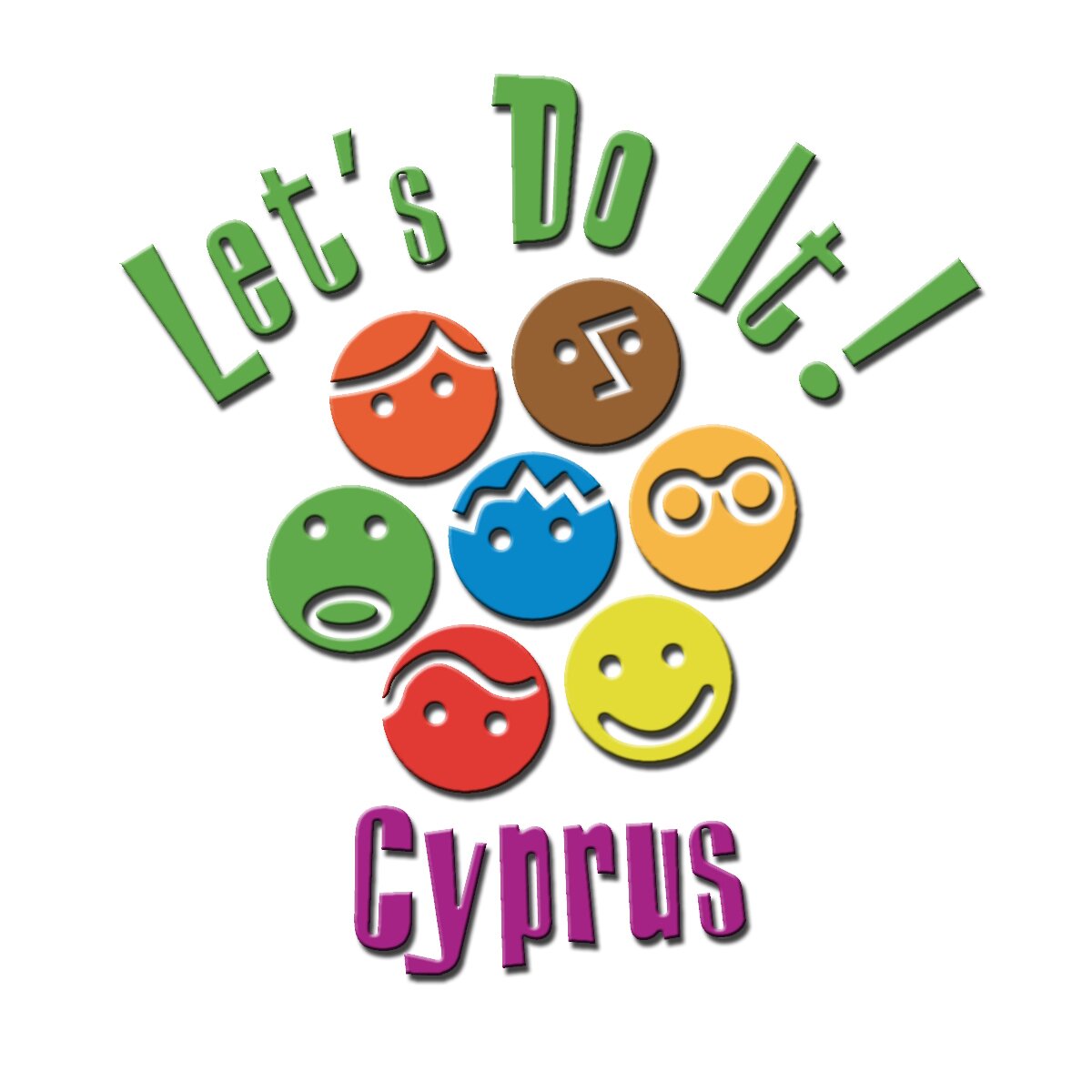 Saturday 29th September was World Clean-Up Day 2012 and Cyprus was one of many countries that participated in this campaign under the banner of ‘Let’s Do It Cyprus’. Several months ago, after Green Cyprus first got to hear about Let’s DoIt Cyprus, as firm believers in the social and economic benefits of ‘cleaning and greening up our act’, I decided to back the campaign and get together a group of volunteers who would clean up a specified location.

Around May time, I posted a photo on the Green Cyprus Facebook page which captured the dreadful state that Dasoudi Beach, Limassol was in. Renowned for its eucalyptus trees, it was in danger of becoming equally renowned for the amount of litter everywhere. The beach, and in particular the car-parking areas were absolutely covered with rubbish of every kind imaginable. When I took the photo it was because it seemed remarkable that a CTO beach could be so dirty! The post attracted a lot of attention on the Green Cypurs page and many people commented, criticised and expressed their dismay at the situation. What could we do about it? At the time, there didn’t seem to be an obvious answer as to what, if anything could be done.

So when the Let’s DoIt Cyprus campaign was launched, organising a team of volunteers to clean up Dasoudi Beach was the first thing that came to mind. Initially, I had planned on a team of around 10 should do it but after creating the event on Facebook we ended up with a team of 40 volunteers! Not that I was complaining….I felt the more people came on board, the more impact we could make not only as a team, but overall to help Let’s DoIt Cyprus with what they were setting out to achieve – cleaning up Cyprus in a day.

Yes, there were cynics who made comments like ‘You can’t clean Cyprus in a day!’ ‘People will just continue to litter’. ‘Why should we clear other people’s rubbish’? Shouldn’t the municipalities do their job properly?’ And yes, you might feel inclined to agree with them particularly on the last point, but the solution is not so straightforward. If it were, we’d be living in a litter-free country.

Unfortunately, as we also saw in our previous blog on plastic bags, we’ve become one of the biggest litter-offenders in the whole of Europe. It is an unacceptable situation which may lead you to question why not enough people seem to care about the environment in Cyprus for if they did, they wouldn’t litter in the first place. Perhaps the municipalities and recycling companies don’t provide enough bins in public places (we could certainly do with more) but even in places where there are bins, you still see discarded rubbish around. It’s got to the point where seeing the odd sofa here and there, refrigerators dumped in fields, not to mention the masses of other household items, barely makes you raise an eyelid anymore!

There are certainly major issues that need to be dealt with and I think the problem goes a little deeper than just an ‘educational thing’ which is what some people have suggested as being a solution to the problem. I believe there are social issues involved. Quite frankly, is teaching people not to throw out their rubbish going to stop them doing it? It might to some extent with children, but on the whole, I don’t think so. Surely some things are just common sense…

However, on a more positive note, at least a good decision was made for Cyprus to take part in this campaign because at the very least, it serves to highlight the problem and to incentivise as many people as possible to help towards doing something about it.

As the campaign has only just ended, it remains to be seen what will happen, say one month from now. Will the beaches be dirty again? What about the dams and other locations that were cleaned? Over 4,000 people volunteered for Let’s DoIt Cyprus and given that all those people were giving up their own time to participate in an unpaid cleaning job, I think it just goes to show that a lot of people do care, so perhaps there is light at the end of a dark tunnel. Maybe now those of us who are guilty of having offended in the past will think twice before doing it again. That remains to be seen and can be assessed if and when the locations are re-visited. 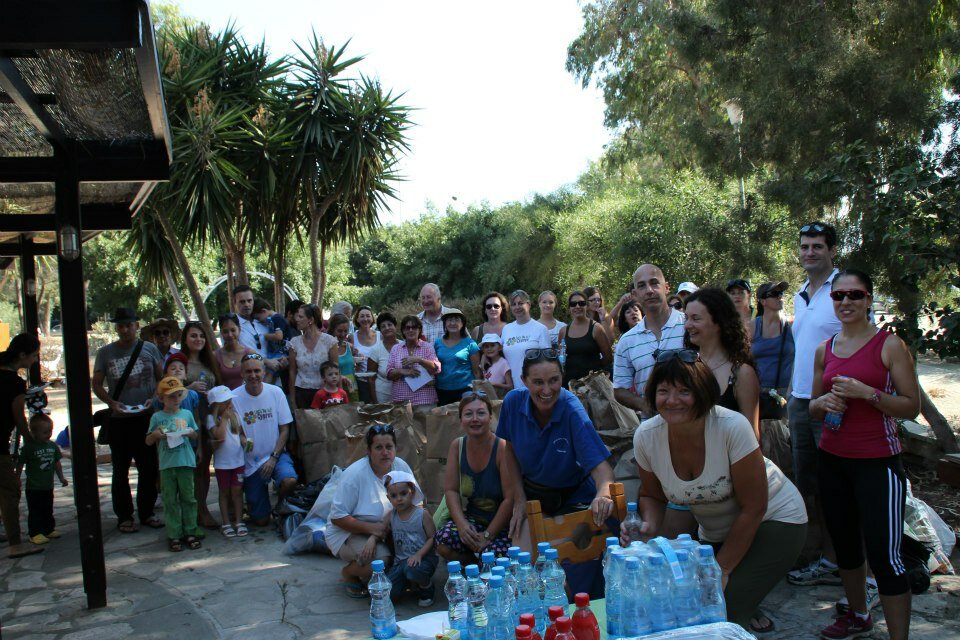 On our part, we got off to a prompt start on Saturday. The manager of the restaurant at Dasoudi was most co-operative when we initially informed him of our plans for the day and he was kind enough to allow us pitch our meeting point at the premises itself. Once the volunteers arrived, everyone was given a briefing on what they had to do, why they where doing it, what to collect and which bags to use. Then off they went to clean up in their designated teams.

I was delighted firstly by the response received to the Green Cyprus invitation to participate in this event and above all by the good natured volunteers that showed up, the positive attitude displayed and the commitment and hard work put in on the day. The team spirit was amazing as anyone who was there will confirm! Not only did everyone do an excellent job collecting nearly 50 large bags of rubbish overall, but we all had a really fantastic morning! It certainly made a lot of us think that there should be more nationwide events like this and from what I could gather from other groups across the island, the feeling was mutual!

Our clean-up concluded with a round-up of all the volunteers who were thanked for their efforts and everyone was then treated to organic refreshments and snacks courtesy of Green Cyprus, Mary’s Dinner Clubs and All Organic Market. Mary, incidentally, who many of you know from her own blog here on Cyprus News Report, was also invited to photograph the event and provided us with an excellent portfolio of photos!

So, now that more than 4,000 people have helped to clean up some of Cyprus’s most littered areas for Let’s DoIt Cyprus, here’s hoping that it might help set an example to us and the remainder of the population to stop littering the island. If this exercise proves successful, it will also help towards moving Cyprus away from the bottom of the league table and to lose its bad reputation for being the worst rubbish offender in Europe. No excuses; Keep Cyprus Clean!
Comments (0)  //  Add Comment