Where Friedman and Partners

Alfa Group shareholders have bought the German oil and gas company RWE Dea for €5.1 billion. Why is the timing of the deal right?


Investment company LetterOne of Mikhail Fridman #6, German Khan #14 and Alexei Kuzmichev #20 spent the first money received by Alfa Group's owners from the sale of their stake in TNK-BP to buy German oil and gas company RWE Dea AG - $1.26 billion of $13.86 billion, Forbes has calculated. The company was assessed at €5.1 billion, including €0.6 billion of debt, thus the cash part of the deal is €4.5 billion ($5.04 billion). The purchase was planned to be financed by own and borrowed funds in the ratio of 1 to 3, a source close to

Alfa told Forbes. A representative of LetterOne could not confirm this yesterday. 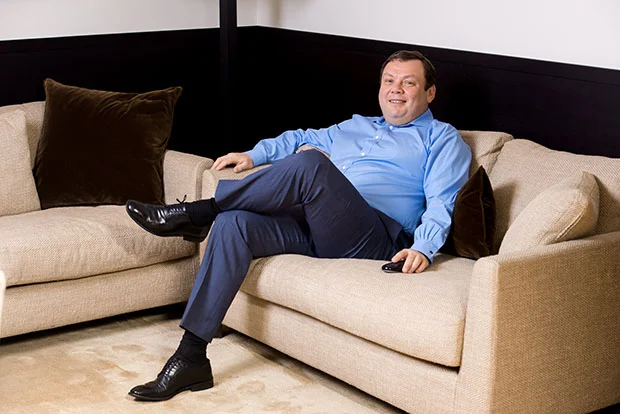 LetterOne was established after the sale of TNK-BP in June 2013. The owners of Alfa Group established the investment company by investing $15.36 billion, including $13.86 billion from the Rosneft deal.


Thus, after the acquisition of RWE Dea AG, the investment company may have $14.1 billion in cash left.


German Khan told RBC that the money is invested in various instruments and "it can be quickly and easily withdrawn at any time if it is needed for transactions.


LetterOne's desire to buy RWE Dea was announced in March 2014. On August 22, the purchase was approved by the German Ministry of Economics. Later, seven other regulators from different countries approved the deal. For more than a year, the investment company could not obtain approval for the purchase of the asset from the British authorities, who fear that LetterOne could fall under sanctions. As a result, on Monday, March 2, the deal was closed without British approval. It is possible that Lord Browne, the former CEO of BP, who was yesterday appointed executive chairman of the board of directors of L1 Energy, the oil and gas division of the investment company, will help LetterOne resolve problems with the British authorities.


This is a good time to make investments, because a low oil price was built into the deal from the very beginning, said Valery Nesterov, an analyst with Sberbank Investment Research. If a company starts a business based on moderate or even pessimistic assessments and the business is successful in the long run, it is the right strategy, because oil price will rise in any case in the future, he believes. According to Nesterov, a wave of mergers and acquisitions traditionally takes place in times of low oil prices.


Previously, in the late 1980s, when oil was $20-30 a barrel, big companies like Statoil, Total and Exxon bought many assets from the market.


Now many shale oil companies in the U.S. have been put up for sale.


However, at the end of January, Mikhail Fridman in his column for the Financial Times speculated that low oil prices are a long-term thing, and that's a good thing. According to the businessman, the rise in prices was due to the illusion that oil was in short supply.


Friedman wrote that he had been waiting for oil prices to fall for a long time.


"Lowering oil prices would turn oil production into a normal business where costs and efficiency mean more than the power of lobbying. It will make the world a freer and safer place because it will weaken the illiberal regimes that thrive on oil rents," the entrepreneur concluded.


"The sale of RWE Dea shows that even in difficult circumstances we continue to pursue our plans. Both parties have agreed on good value for money, and RWE can now fully focus on its core business," RWE CEO Peter Therium was quoted as saying in the German company's statement. "We are pleased to have completed the acquisition of Dea. We now look forward to working with DEA's management and employees," LetterOne said.


Dea produces oil and gas in 14 countries and owns (or co-owns) 190 license areas. The company produces up to 100,000 barrels of oil equivalent per day.

Cyprus
First business In 1988, together with Mikhail Fridman and other MISIS graduates, he worked in the cooperatives "Courier" and "Alfa-Photo".