"Evraz Group has fallen in price more than other steel companies. What was the owners' mistake? 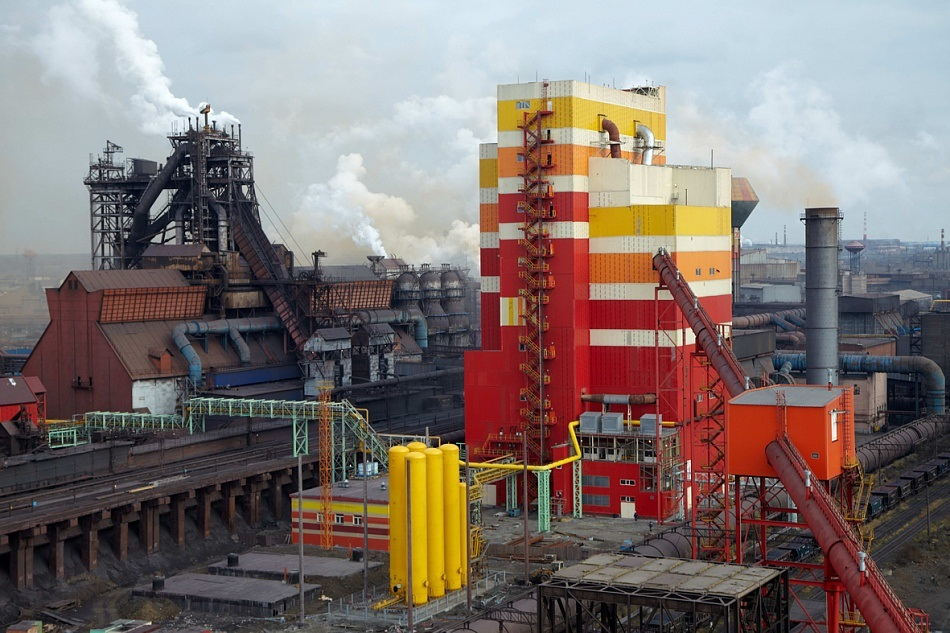 At the end of September, the phones at the Moscow office of Evraz Group went silent. The mansion, which by its security measures resembled more a bank vault than the head office of a metallurgical corporation, suddenly fell into an unusual silence. Demand for the products fell so sharply, as if someone "turned off the switch," recalls Pavel Tatyanin, senior vice president of Evraz. That is exactly what happened: the "switch" was turned off in the financial markets, and the rest of the economy quickly found itself without a feed.


In October the prices of Evraz's products halved in comparison with summer, down to $550-600 per ton. Clients more and more often asked for payment deferrals, and traders openly declared that they are waiting for prices to drop even more. Meanwhile, investors were dumping stocks. Quotes of all stocks went down, but the situation with Evraz seemed a complete disaster: compared to the peak in May, the capitalization by November had fallen by 96%, $44 billion seemed to have disappeared into thin air.


The situation worsened so much, that in late December Alexander Abramov, Evraz's founder and co-owner, retired from operational management two years ago and resumed his position as chairman of the board. Evraz Group, which in the pre-crisis year of 2007 had revenues of $12.8 billion, includes nine steelmaking companies in Russia, Europe, the United States and China. Abramov has taken it upon himself to handle relations with other shareholders, government officials and trade unions. "He knows how to translate difficult issues into simple conversations," says a longtime manager who has worked with the company's founder. His ability to negotiate with people has helped Abramov assemble disparate businesses into a giant business. Will it help to keep them?


Trips "to the potatoes" were mandatory for everyone, even for students of the best technical university of the USSR - Moscow Physics and Technology Institute. And now, on a nice autumn day, the future physicists and engineers take the electric train to the Bolshevik state farm near Serpukhov. Some students have had time to drink, and they are craving for feats. Teachers put things in order, helped by the head of one of the groups, Shura Abramov. "He was brilliant at controlling the situation without banning anyone," says Abramov's classmate Alexander Vorobiev. According to him, Abramov never showed off his closeness to the institute administration and was respected by his classmates. For example, he could afford to talk outrageously - at the same "kartoshka" Abramov discussed how well his native Krasnodar Territory would have lived outside the USSR. And it was the end of the 1970s.


Abramov graduated with honors from the Department of Molecular Physics and went to graduate school. "If not for perestroika, he would have had a good economic career even under communism," says Arkady Murashev, Abramov's colleague at the Institute of High Temperatures of the USSR Academy of Sciences (IVTAN) and one of the founders of the famous Liberal Politics Club in the early 1990s, of which Abramov was also a member. At the academic institute Abramov was more engaged not in research on new technologies, but in administrative work: he persuaded his superiors to create new departments or laboratories and got them bids. "Shura had an entrepreneurial gift," notes Murashev. Between 1985 and 1992, Abramov managed a laboratory and a commercial center at IVTAN.


With the collapse of the planned economy, the enterprising Krasnodar entrepreneur began selling sports equipment and computers. And then his classmate's cousin Vladimir Katunin offered to work with the metallurgical plants. Katunin had an excellent knowledge of the industry: he was an assistant to Ivan Kazanets, who headed the USSR Ministry of Iron and Steel for almost a quarter of a century, and worked under his successors. Thus, in 1992, a trading company Evrazmetall was founded, which was later renamed into EAM Group. Among its founders, besides the Katunin brothers and Abramov, was Konstantin Nosov, former director of the Krivoy Rog Metallurgical Plant (his son Sergei was subsequently head of one of the group's companies). The partners began their foray into the big steel business by selling metal produced at the Krivoy Rog Iron and Steel Works (Ukraine).


At that time trading companies were actively picking up the main metallurgical enterprises in Russia. The domestic market shrank by two-thirds, but overseas supplies provided a steady inflow of foreign currency. The "Red Directors" knew the basics of production well, but they did not know how to trade. "There appeared traders - all hustling, energetic, who came to us and said: give us 10,000 tons of metal, we will buy it from you and sell it in China or Malaysia. We didn't know the world market and didn't get a normal price," Alexei Mordashov, who was deputy director of the Cherepovets Steel Mill in the mid-1990s, told Forbes. Mordashov and Viktor Rashnikov, the general director of the Magnitogorsk Iron and Steel Works, themselves claimed the role of owners and defended their plants from being taken over by traders.


The Swiss trader Marc Rich & Co. (later renamed Glencore International) became the biggest seller of Russian aluminum on foreign markets. Another trader, Trans World Group (TWG), owned by the Cherny brothers from Tashkent, got its hands on a considerable part of the Russian non-ferrous and ferrous metallurgy. For example, the Novolipetsk Iron and Steel Works, the third largest producer after Severstal and MMK, was run by TWG's protégé Vladimir Lisin (he later took personal control of the enterprise).


"The EAM Group could not match TWG and Marc Rich in terms of turnover. Abramov acquired shares in his first Russian enterprise, Nizhny Tagil Iron and Steel Works (NTMK), in 1995. EAM supplied the plant with raw materials and bought up the stocks, eventually amassing almost 20% of its shares. By 1998, Abramov's company joined forces with the other shareholders of the factory and, having enlisted the support of Eduard Rossel, the governor of the Sverdlovsk region, changed the company's director.


Rossel's support alone was not enough, of course. Abramov got the plant by close cooperation with Iskander Makhmudov, a TWG representative who controlled the Kachkanar mine and supplied ore to NTMK. There were rumors on the market for a long time that Makhmudov was the real owner of the Nizhny Tagil company. "Makhmudov has never been a shareholder," says Oleg Boiko, a former Evrazholding shareholder and co-owner of the Ritzio Entertainment Group, about Makhmudov's role in the company's formation.


Abramov himself did not overestimate his role in metallurgy at that time. "In 1996 or even in 1998, no one thought I was a successful entrepreneur. There were guys better able to help me", said Abramov in one of his interviews (he refused to talk to Forbes when preparing this article). He became a powerful player as early as 1999, when EAM acquired control over two metallurgical plants in the Kemerovo region.


Novokuznetsk, 1998. Right-hand drive Japanese SUVs with tinted windows are buzzing around the city, the attribute of a successful businessman who successfully swapped Russian metal and coal for Chinese down jackets and Japanese home appliances. The Kuznetsk and West Siberian Iron and Steel Works (KMMK and Zapsib), which until recently could barely make ends meet, are ramping up production again: Russian metal, the production cost of which dropped four times because of the devaluation, has been selling well on world markets. A year earlier the authorities in the Kemerovo Region had changed. Because of increasingly frequent demonstrations and pickets, President Yeltsin decreed in July 1997 to remove Governor Mikhail Kislyuk, the former leader of the workers' movement in Kuzbass, and to replace him with Aman Tuleyev (in the fall of 1997, Tuleyev was also elected). The region's political and business elite froze in anticipation of change.


First, the chair shook under Mikhail Zhivilo. The Mikom company which he founded in 1991 started with trade in aluminum and coal and by the mid-1990s controlled the Kuznetsk Metallurgical Works (KMMK), the Novokuznetsk Aluminum Plant (NKAZ) and several local coal mines. The combined revenues of the company's enterprises in the best years were about $2 billion. Not a trace of all that is left. "As soon as [Tuleyev] came, there was an immediate conflict, because he came thanks to other people, and those other people started getting what they wanted from him," says Zhivilo, who now lives in Paris as a political refugee (in 2000 he was accused of an assassination attempt on Tuleyev, and the businessman left the country, selling assets cheaply). "Tuleev needed people with whom he could discuss the rules of the game and on whom he could impose obligations," says another participant in the redistribution of property in Kuzbass. "Abramov is a very pragmatic person. He understood that he had to be friends with Tuleev," adds Arkady Murashev, who knows Abramov well. By the end of the 1990s, the time of traders was gradually waning. The time of creditors seizing power at factories through bankruptcy proceedings began. The governors had their favorites, and they were given the green light, while their competitors had to run for their lives.