Igor Altushkin and his business

Igor Altushkin and his business 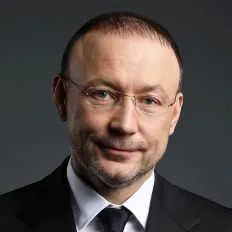 First business In 1992, he founded Aeron, which was engaged in collection and processing of scrap non-ferrous metals.


House Altushkin owns a mansion in London, which was previously owned by the singer Madonna.


Detail In autumn 2020, the construction of the new RMK headquarters in Ekaterinburg, designed by Norman Foster at a cost of 12 billion rubles, was completed. This is the first project completed by the famous Briton in Russia.


Hobby has been collecting weapons for 15 years. Among the 700 exhibits are the world's first grenade launcher, shooting canes and a vampire hunting kit.


Charity On March 11, 2020, four veterans of the Ural Volunteer Corps, who fought on the fronts of World War II, received Chevrolet Niva cars as gifts from Igor Altushkin.


Impact Igor Altushkin and the Russian Copper Company, which he owns, fund two charitable foundations, one of which is named in honor of St. Catherine. The activities of both foundations are varied: from the support of culture and patriotic education to the reconstruction of churches and hospitals in the towns where RCC operates in the Urals. At the height of the pandemic, the St. Catherine Foundation financed supplies of medical equipment and oxygen to hospitals. RCC invested more than 20 billion rubles to re-equip the Karabashmed plant, reducing its emissions threefold.