Everything goes according to the law

Everything goes according to the law: how two billionaires found themselves at the center of the scandal over the temple and why they do not intend to retreat


Two Forbes list billionaires have been caught up in a big scandal around a temple being built in Yekaterinburg. The sponsors of the project are sure that there were no violations on the side of the builders and do not intend to back down. Meanwhile, the conflict may escalate - Alexei Navalny's headquarters called on opponents of the construction to gather in the square Vera . 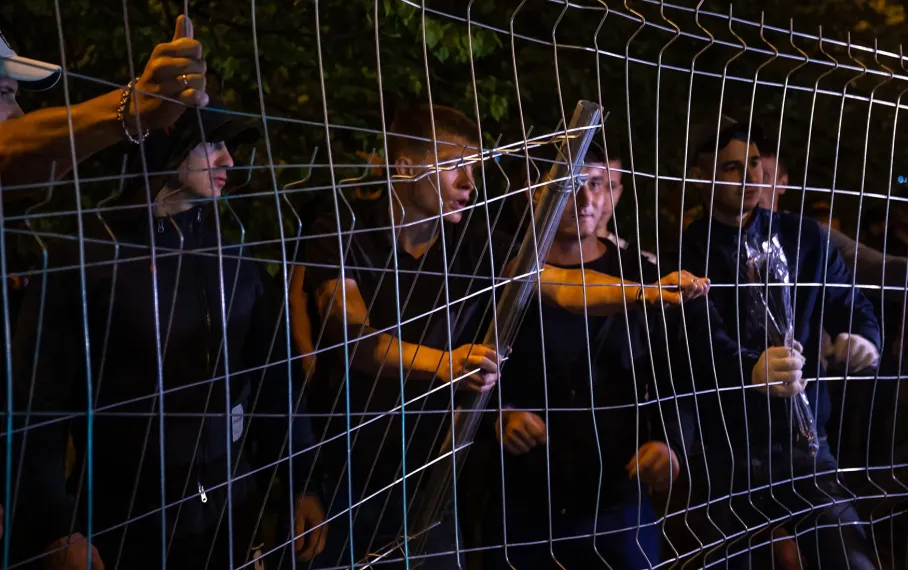 On the evening of May 13 at around 19:00 a.m. a street action was organized in Yekaterinburg in the square near the Drama Theater against the construction of the St. Catherine Orthodox Church on this site. Such actions in the square are held for several months already - in the city they are called "hugging" (the actions started as a flash mob, the participants of which hugged the trees in the square). It was decided to hold another "Hug" rally after the night of May 13 when a temporary fence was set up around the future construction site which would allow the construction to begin.


In the evening of May 13, the gathered (and there were up to 2,000 people, according to media reports) toppled the fence, danced in the area and chanted "Bring the mayor here!" and "This is our city!". riot police and Rosgvardia units were pulled to the square. There were also PMC employees on site, guarding the facility. Later, tough-looking young men arrived and forcibly drove the residents from the square and restored the fence. According to Novaya Gazeta and the local 66.ru newspaper, these men were from the Russian Copper Company Martial Arts Academy, one of the temple construction sponsors. As reported by 66.ru, one of the RMK fighters sprayed a gas cylinder. As a result of sporadic skirmishes, some of the participants of the events required medical examination.


It was impossible to clarify whether the athletes came to the square of their own free will or were asked by the academy management. "Neither the administrative staff nor the management of the RCC Martial Arts Academy communicate and do not answer questions on this subject," an employee of the academy told Forbes.


In the morning on May 14 the governor of Sverdlovsk region Yevgeny Kuyvashev spoke about the confrontation. On his Instagram account he called the situation a complicated one in which we can understand both the believers who raise the question of restoration of the church year after year, and the protesters for whom it is important to save every tree in the center of the city. The head of the region volunteered to be a mediator and invited five representatives from each side to his office to find a compromise together. "Come to the governor's residence, you will be met and escorted," the governor wrote.


The press service of the Ekaterinburg diocese and representatives of the St. Catherine Foundation, which oversees the construction, called what happened "a pain for the Orthodox heart." And they called on the faithful to gather for a prayer service "for peace and harmony in society" in the evening of May 14 (the prayer service was later canceled). For its part, Alexei Navalny's headquarters in Yekaterinburg called on opponents of the construction to gather near the square on Tuesday at 7 pm.


The Cathedral of St. Catherine in Yekaterinburg was demolished in 1930. In 2010, the idea of its restoration began to be discussed. The original idea was to build the temple on Truda Square, and then on a bulk island in the city pond. The options did not satisfy the city's public. In 2018, Governor Evgeny Kuyvashev announced that the temple will be built in a square on the waterfront near the Drama Theater by the 300th anniversary of the city in 2023.


Two billionaires are sponsoring the construction of the temple: the owner of the Russian Copper Company (RMK) Igor Altushkin #48 and the owner of the Ural Mining and Metallurgical Company (UGMK) Andrey Kozitsyn #45 . In April 2019, the Sverdlovsk Region Property Fund held an auction to lease a 5,980-square-meter plot of land. The winner of the auction was LLC "Temple of St. Catherine", which raised the initial price for the lease of the plot from 3.415 million rubles to 3.517 million rubles. The land is leased to the private investor for the entire construction period (4.5 years), during which the rent will be 3.5 million rubles per year.


According to SPARK-Interfax, St. Catherine's Temple LLC was created in February 2016 for the purpose of constructing residential and non-residential buildings. When the LLC was created, its co-owners were Andrey Kozitsyn (50%) and RMK JSC (50%). In March 2019, Igor Altushkin became a co-owner of LLC. Now he and RMK each own 25% in St. Catherine's Temple LLC (Kozitsyn has the rest).


The CEO of OOO St. Catherine's Church is Mikhail Ivleyev, who is also director and part-owner (50%) of OOO Urals Trade Production Company (UTPC). The phone subscriber of St. Catherine's Temple LLC listed in SPARK turned out to be "out of network coverage or temporarily unavailable" on May 14.


"We are against civil conflicts and against any escalation, we believe that everything should remain within the legal framework. We know that official procedures have been followed. On the temple side, everything goes according to the law," Altushkin told Forbes through a representative. He stressed that the RMK makes regular contributions, but the construction is overseen by the St. Catherine Foundation. "Attempts to intimidate supporters of the construction of the temple are doomed to failure. In the near future, all planned work on the site will continue," the St. Catherine Foundation told Ura.ru. Among the founders and partners of the foundation are the Russian Copper Company, the Ural Mining and Metallurgical Company, the Sinara Group, the Ural Bank for Reconstruction and Development, and others.


The UGMK press office would not comment on the conflict at the site of the future church, and advised Forbes to contact the law enforcement authorities, noting that this would be a violation of public order.