How the Buchman brothers built one

Igor and Dmitry Bukhman grew up in a poor family in Vologda. Today the company they founded, Playrix, is one of the world's top 10 mobile game developers with $1.7 billion in revenue. Forbes estimates the value of Bukhmanov's business at $7 billion. 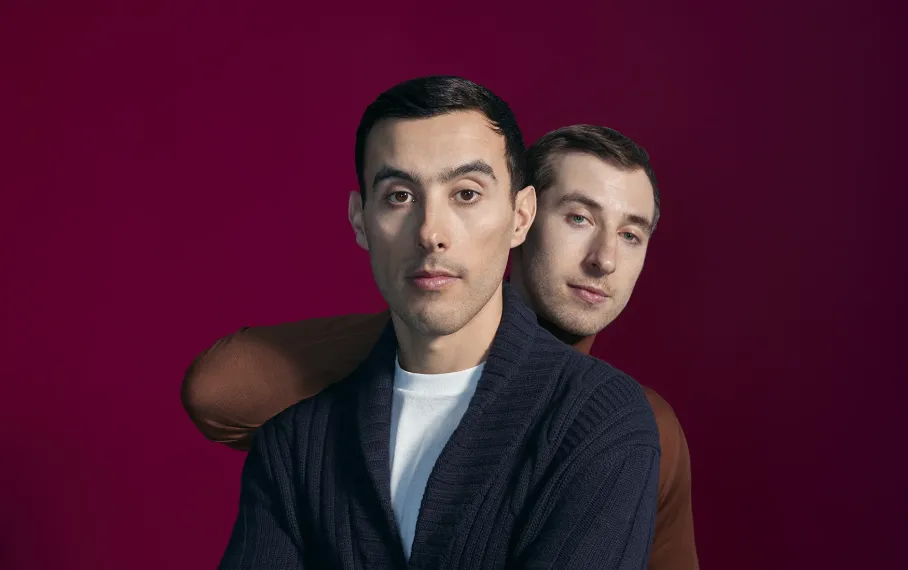 The billionaire Buchmans met with Forbes reporters in the lobby of a luxury Moscow hotel. Igor (37) and Dmitry (34) wear jeans and sneakers, and they do not look like members of Forbes. The brothers do not seek publicity and ask to speak quietly about their condition in order not to "shock people around them. They registered their main asset, the company Playrix, in 2004 when they were still students at the Vologda Pedagogical Institute, and they established their business three years earlier. Today, Playrix, with $1.7 billion in revenue, is one of the top 10 fastest-growing gaming companies in the world, according to analytics portal appmagic.rocks, second only to the Asian giants. Its value, according to Forbes, exceeded $7 billion as of mid-February. How did the Buchmans build a billion-dollar company without partners or investors and become billionaires themselves?


A computer for two


"My brother and I have a very similar life path, and we always did everything together," says older brother Igor. Igor and Dmitry were born in Vologda and grew up in a poor family: their father was a veterinarian, and their mother was a personnel officer at a ball bearing plant. "We didn't even have any businessmen around us. We never thought that business could be one of the options of what we would do in life," recalls Igor. The brothers got their first computer from their grandfather in the mid-1990s. Igor and Dmitry lived in one room at the time. That is where the computer was installed, and they took turns playing or programming on it.


In 1999 Igor Bukhman entered the Department of Applied Mathematics of Vologda State University (at that time it was the Vologda Pedagogical Institute). Three years later Dmitry followed in his footsteps. At university, the brothers became interested in programming, particularly thanks to the course given by Associate Professor Sergey Sverdlov, who told Igor that it was possible to sell programs on the Internet using the try before you buy model. "Dima and I were seriously into programming. Sverdlov was an important teacher for us. And he also happened to have a unique experience for that time. He was one of the first to write and sell software by himself. It was then called Shareware, and was popularly referred to as the "sharovarovarov movement," says Igor. However, Sverdlov was more attracted to software writing as a scientific experiment. According to Dmitry, the brothers asked the teacher if there were any real sales of his software. "He said there were. And when Igor asked why he did not continue in this business, Sergey Zalmanovich replied that he was not interested in making money that way. He was not interested in entrepreneurial activity. He is a scientist," Dmitry states.


But the Buchman brothers were interested in making money, so they decided to give it a try. They thought about what kind of software they could write. They decided to write a simple game ("we didn't know anything except games") in the then popular xonix genre: you had to control the cursor with the keyboard to clear the picture from the background, while dodging the enemies - dots on the screen. The game was ready in a month. To distribute it, the brothers paid for unlimited night-time Internet (it was cheaper) and got to work. First they posted the game on the website, and then began distributing it through app catalogs. The business model was simple: they put a limited version of the game online for free, and you had to pay for the full version to finish the game. In an effort to reach as many directories as possible, Igor and Dmitry split 200 directories in half and took turns downloading the game at night. "Each site had a special form, you had to fill it out, and they would add your game to their catalog. The directories were very small, that is, if you put your application on 200 sites, three people would download from one, 10 people from another, the total was some small number of installations," Dmitry Bukhman explains this unpretentious mechanics.


For the game, the brothers set the price at $15. Four users bought the game in the first month, and the brothers made $60 in revenue. "It was, in general, very nice, because at that time our parents' salary was about $200 a month," recalls Igor. Then they decided that if they could make $60 on a simple game, they should take it seriously and make more. At first the Buchmans tried to improve the first, already existing game and add new functionality, but then they realized that they needed to write a new one. After six months, according to Igor Bukhman, the second game was bringing in $200 a month, and after another six months the third game was already making $700-800. "My parents didn't understand what we were doing at all for a long time. I think they hoped that at some point we would go to work like everyone else around us. Even when we started earning quite a lot, it still seemed to them that it was temporary - yes, there is some money, but probably there won't be any more tomorrow," Igor recalls.


A year later the brothers realized that the Internet business made good money, and then they decided to diversify their income. In addition to games, they began making screensavers, programs that show a beautiful screen saver on the screen when the device is not in use. At this stage, they began to use the services of freelancers. They continued to program the games themselves, and they ordered the screensavers from programmers they knew, who sold them the program along with the rights to it. The entrepreneurs then sold the screensavers through their websites. "That was the transition period between the business, when we were doing it ourselves with our own hands, and a real company of some sort," says Dmitry Bukhman.


By 2004, the partners had three games and 30 screensavers that brought in as much revenue as the games. When the Buchmans officially incorporated Playrix in 2004, the two of them were already making $10,000 a month. "With that capital, we realized we could hire employees, so we opened the firm," recalls Igor Buchman.