Billionaire and Tyson: Why Igor Altushkin is developing boxing in the Urals


The main owner of the Russian Copper Company, Igor Altushkin, together with his son Alexander, organizes boxing and mixed martial arts tournaments in Yekaterinburg with the participation of top stars 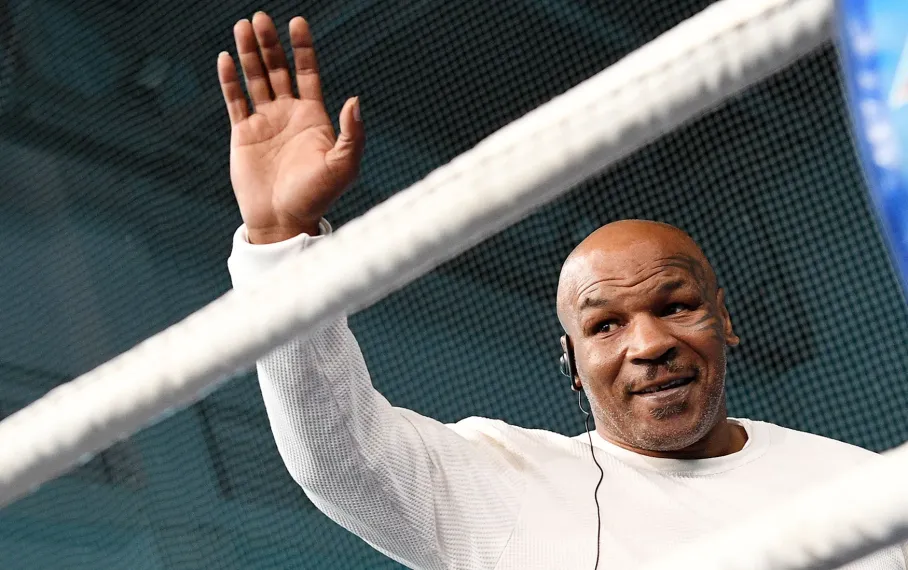 At the end of February 2018, a plane landed at Koltsovo airport in Ekaterinburg, and a tall black man with a tattoo on his face emerged from it. At the airport, Mike Tyson, a boxer wrapped in a tulup with a fur collar, was waiting for an equally stellar athlete, Kostya Tszyu. The snow-covered city of Ekaterinburg welcomed the American guest with a grand scale: Iron Mike attended a matinee in a kindergarten, ate loafs, kneaded cement, and laid the first stone in the foundation of a sports complex under construction. But the main point of the program were two mixed martial arts tournaments: Tyson and Tszyu visited "Cage Fighting" in Chelyabinsk and Russian Cagefighting Championship in Ekaterinburg.


Tyson was brought to the Urals by RCC Boxing Promotions, the promotion company. It was founded in 1998 and was originally called Titov Boxing Promotions - after its founder, boxer Herman Titov. In 2016, the company already had more than 200 boxing and mixed martial arts tournaments under its belt, and it went beyond the Urals and held shows abroad, including in the United States. Then Titov got a new partner: Igor Altushkin, the main shareholder of Russian Copper Company (RMK) and a long-time boxing fan. They decided to join forces and in November 2016 created the company RCC Boxing Promotions, in which RMK received a controlling stake of 51%. Neither RMK nor German Titov's son Alexey (executive director of RCC Boxing Promotions) disclosed the terms of the merger. Altushkin's emergence immediately brought RCC Boxing Promotions to a new level: the company began holding tournaments with stars of the first magnitude, such as Alexander Povetkin and Sergey Kovalev. A total of 15 shows were held in 2017, each of them, according to Alexei Titov, consisted of an average of 10 fights.


RCC Boxing Promotions does not disclose its expenses and revenues. "One of the highest-cost parts is the 'sports' part," Alexei Titov notes, without naming numbers. - We are talking about fees, travel, judges, accommodation and meals, flights, hiring international judges, payment to international organizations. The higher the status of the fight, the higher the cost of the athletic part. Four out of five judges in each fight are foreigners, and that means visas, transfers to departure airports, and tickets". Financial analyst Konstantin Selyanin estimates that the cost of one fight can range from 50 million to 100 million rubles.


For Altushkin, boxing is more of an image project, Forbes' interlocutors are sure that promotional activities in Russia can hardly bring in substantial profits now. All over the world this business earns on the sale of rights to broadcast fights on television, but in Russia promoters mainly get money from ticket sales. "For example, HBO and Showtime give $2 million to $5 million per show. But television in Russia pays practically nothing, and you have to pay a lot of money for a high-quality show," says Alexei Titov. - The high-profile fights are also broadcasted abroad through the pay-per-view system, where the connection can cost up to $100. If, say, the fight between Floyd Mayweather and Manny Pacquiao (held in 2015, the total fee of the rivals is estimated at $350 million) sold 5 million such broadcasts, that's $500 million in revenue."


Could that situation change? "The prices for broadcasting boxing fights on Russian TV channels depend on several factors," argues Tina Kandelaki, general producer of Match TV. - First and foremost, it's the audience coverage - the demand. In this sense, I think we are going in the right direction: athletes' bright victories improve the quality of fights and attract new viewers, while opening boxing sections and academies popularizes boxing among the younger audience, who as a result get a chance to fight their way to the champion title. Another factor is the advertising market and the budgets associated with it. It's important that advertisers don't go into other sports. Therefore, the main issue now is not how to increase the profitability at the expense of bouts, but to strengthen our leadership position on the world boxing arena. Then the price for televised fights will also be the cherry on the cake.


Igor Altushkin invests not only in holding tournaments. At the beginning of May he opened a martial arts academy in Yekaterinburg. The six-storey building in the center of the city accommodates 12 kinds of sports. Two floors are occupied by the RMK Arena with the capacity of up to 400 spectators. The billionaire's passion for martial arts is shared by his son Alexander Altushkin - in 2016 he launched his own promoter company Fair Fight, which held kickboxing and MMA tournaments and also received funding from RMK. Altushkin Jr. is still the head of Fair Fight, but now his main project is the Russian Cagefighting Championship mixed martial arts tournaments, which are also held under the auspices of RMK. It is for the first Russian Cagefighting Championship tournament that Altushkins decided to invite Mike Tyson as a guest of honor.